Group leader, author of “The New Family, the community of the New Age” and ” The Five Vitali Treatments ” anima Publisher. She was named Pajè-ona(shaman) in the Brazilian tribe Kariri Xocò.
She promotes  driven by optimism projects and workshops for people since 15 years.
Juma Vitali teaches to who work  in the field of  helping relationship. She gives Aura Reading since she is 8 years old.
Her personal development and trainings are rich of numerous meetings with teachers as Hedda Kohler of Pathwork school, Kahea Morgan, John Shordike, Ann Hoye and Alain Grouette at the Barbara Brennan Institute, through these routes explores techniques for emotional integration of experiences and for the dissolution conflicts.
She leads workshops and emotional body since 15 years with psychotherapists, therapists corenergetic the school founded by the American psychiatrist and psychotherapist John Pierrakos, his collaborations ranging from yoga to the world of dance, from the eclectic personality is clear synergies with various approaches.
She was passionated about the study of the medical psychotherapist and psychiatrist Alexander Lowen, experiencing the bioenergetic exercises and sharing his vision of “spirituality in the body”, he elaborates theories and exercises useful to overcome emotional blocks using the reference character structures. Juma Vitali leads Women’s Groups since she was 24, very feminine her energy..She leads with care and grace, but also stimulating the yang part helpful to gain responsability in relationship and independence, the instruments used are many: Dance, eye contact, witnessing, Tao exercises, body work etc…

In “Training Lifewingsmethod holistic practitioners” is always present the teaching of Juma Vitali, any sale of teachings and / or unauthorized certificates is punishable by law. Some students are active and authorized for short lessons for Energy Helpers.

Juma Vitali loves teaching can release ECP and offers both a theoretical and experiential training 3-year School of Counseling Co-Being® dedicated to those who wish to work in the helping relationship with pure intent, Training lasts a weekend to become energy Helpers and learn to deal with the subtle energies turned to massage therapists, osteopaths experts industry (see page The Five Vitali Treatments). 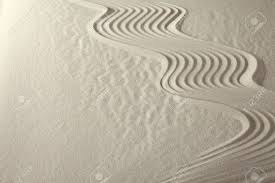 The versatility that characterizes it is manifested in the artistic field of music as composer and refined performer of his songs, in which the contamination of the trips are combined with the Spirit messages.
(See youtube cd Peregrinos das Estrelas)
These melodies that lead to spontaneous meditation also form the backdrop of sacredness’ in cerimonie..nei rituali..durante trekking in silence ..
In the wilderness in Brazil, on the high mountains Dolomites and in the beautiful Sardinia ..
Juma is present in the heart, on the way, in silence.

In 2001 he began his rise through meditation, walks on fire, fasting and purification Hindu paths.

In 2003 the animal tissue histology results to verify the ‘evidence pranic at A.Mi university is positive.

In 2004 he attended a course in Stone massage

For almost twenty years’ travels in Brazil and is in contact with various realities related to shamanism, care and indigenous treatments.

From 2005 to 2006 he attended teaching sessions with Dr. John Shordike of group dynamics and individual, in the same years with the therapist Milena Rottmann follows body emotional business meetings and women’s groups on issues of women.

From 2006 to 2007 follows the Pathwork® founded by Eva Pierrakos, a bodily emotional work of spiritual and communal nature, with Hedda Kohler.

From 2009 to 2010 he participated in several courses on sacred sexuality, kundalini meditations. In these two years will learn useful techniques to solve couples’ dynamics.

From 2o04 to 2009 he attended the Brennan institute where he deepened the study of the masks, the character defenses, the shadows, the transference and counter-transference, the boundaries in relation to the people who accompany him on a journey of research and introspection, study el ‘personal exploration during the groups on the interpersonal dynamics of the lower self and the higher self, the chakra of the study and healings, the practice of grounding of bioenergetics.

Since 2009, through individual Core Energetics to 2010 he attended two years.

About ten years ago Vitali based and records the method Lifewingsmethod a bodily emotional method that teaches and has a term of three years. this training can participate people who work in the field of the helping relationship.

In 2014 he attended a course in Thomas Hübl on transparent communication.

From 2012 to 2014 he attended the singing class of M.Conti and exploring the connections between voice and emotional expression emission using the song as a tool.

In 2015 he wrote the book “The five Vital Treatments” an energy response for each model. It will be published in 2017 by anima publisher.

In 2016 it is recognized by Siaf, association holistic professions, Holistic Counselor and Trainer, she teaches in three years divided into individual groups and experiential teachings in her School of Counseling Co-Being. 2021 with Fed Pro e unicounseling. (Visit the contact page)

In 2017 she founds RebirthWings with Tahrin Rebirther a therapeutic approch that unifies rebirthing and LifeWingsmethod.

Juma Vitali Profession is under Law 4/2013